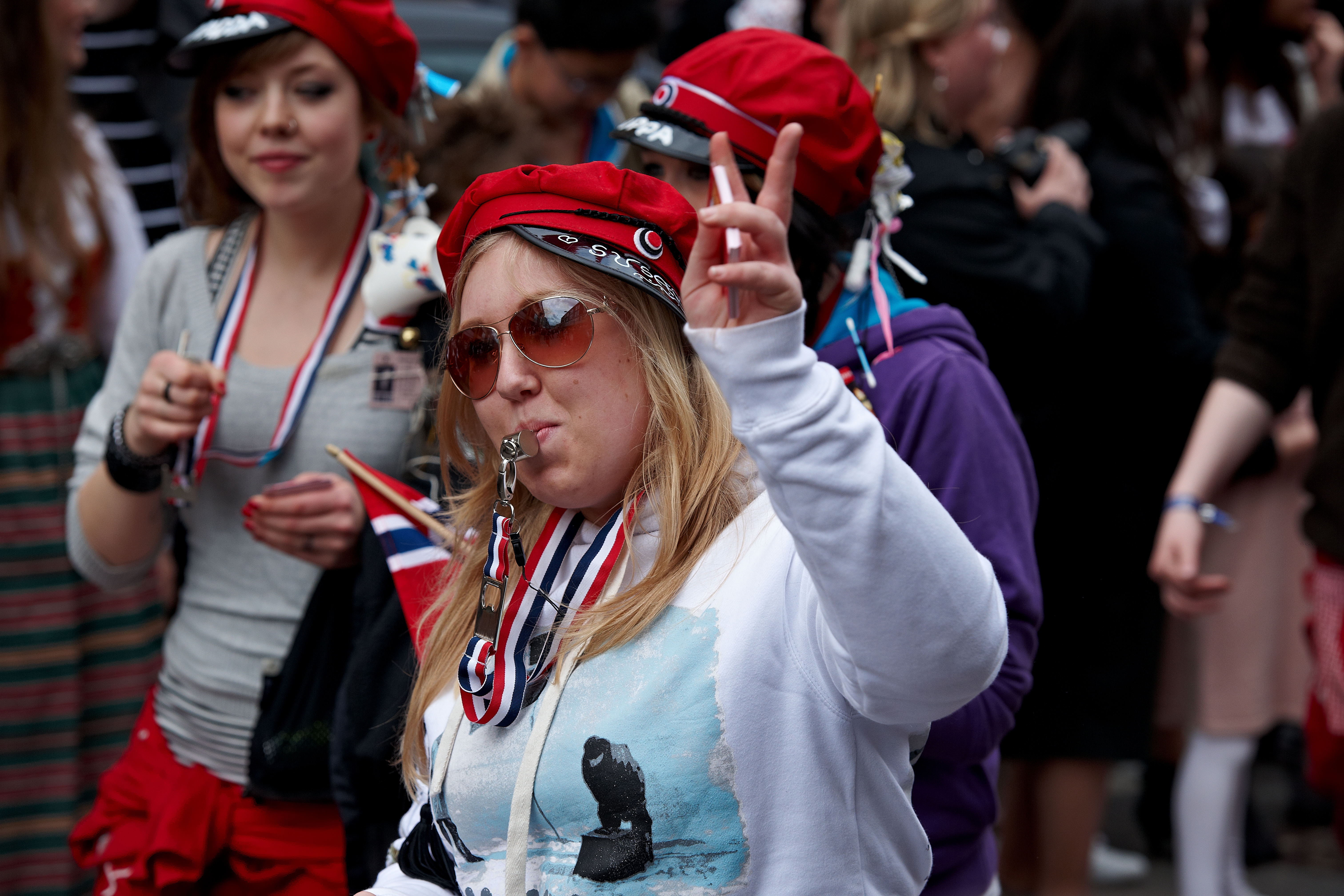 Sex, drugs, drunken debauchery and dares are all part of the “fun” for Norway’s final year high school students called the russ.

1st of May marks the beginning of the festivities, and from then until 17th they can be seen wearing their characteristic red overalls and caps and with a bottle of beer in the hand. What was meant to be an amusing rite of passage has become a destructive tragedy…

Each year a competition goes on among the students as to who can get the most knots on their cap. A knot rewards a certain accomplishment during the russ period. These range from the most inoffensive…like:

To the most stupid and immoral such as:

In addition to the uniforms, caps, and dares, one of the most important parts of the russ celebrations are the “russebil” – cars or buses the russ decorate and equip with immense stereo systems. Inside, the buses are often fitted with TVs and entertainment equipment, couches, refrigerators. These buses can be a large financial burden; contributions of up to 22 500€ (200 000 Kr) per member have occurred. The average is between 1500€ and 4500€. Including sponsors, the cost of a bus can reach over 230 000€!! (2,000,000 Norwegian kroner).

Luckily, the Christians do not shy out. Young Christians in their final year can join Christian alternatives to russ: JesusRuss and KristenRuss. These set up tents at the russ events where they take care of sick and injured drunks, give out buns, being salt and light for those that realise that the partying is not as satisfying and liberating as expected…