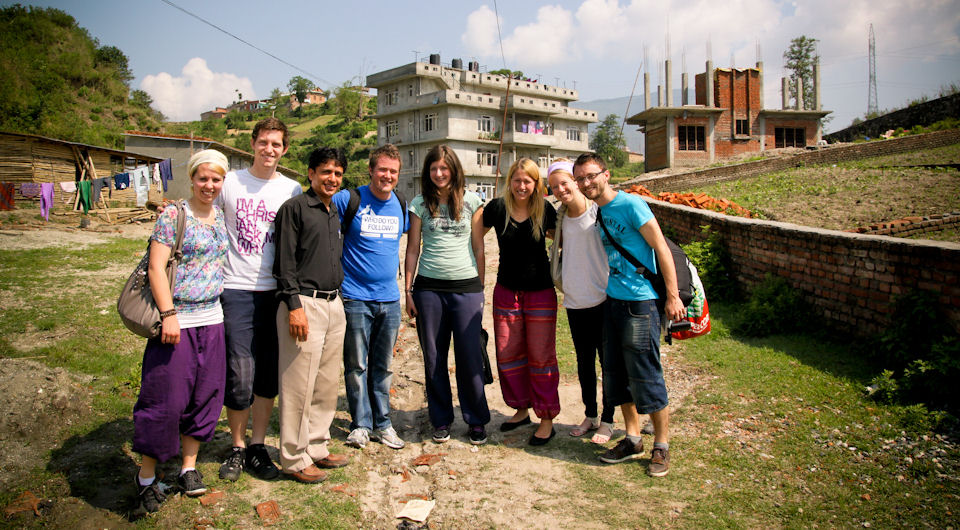 Life with God is full of surprises, some bigger than others. A couple of weeks ago, a businessman offered to sponsor a trip for 9 of us to Nepal. We prayed and fasted for about a minute and accepted. A week later we were sitting on the plane on our way to what has been a marking trip for us all.

We landed to another universe. Coming from Europe, I had never seen poverty so closely. It was sobering to see all of these people fighting for existence, when we live with our gadgets and entertainment. But what was even more striking, was to see the richness of the faith of the believers here. My bible reading had brought me to James, and one verse nailed it:

“Listen, my dear brothers and sisters: Has not God chosen those who are poor in the eyes of the world to be rich in faith and to inherit the kingdom he promised those who love him?”
— James 2:5

Our contact and hero down there, Sandip was a pastor living with 50 children. He shone Jesus, and joyfully guided us around. Here are some photos of the home (click for bigger picture slideshow):

We had different sorts of outreaches during the week, some of them at the Buddhist and Hindu temples, praying there and speaking to people about Jesus. One of the best experiences came one day when we bought a megaphone and improvised a street meeting, with dances and preaching. Immediately around 2-300 people gathered around us, and when we had finished preaching, we prayed for the sick. One got healed, so another one came to be prayed for, he also got healed, so another came, and another, and another. In the end we were there for three hours just praying for people and more than 100 got healed of different sicknesses and pains!

My friend Oddleiv had the presence of mind to pick up his phone and to film some of the preaching and praying for the sick.

A sick man just gets healed

Short interview towards the end of the prayer time

It could be easy to walk away from it all and remember it as a good experience. But we pray that God will guide us so that we can continue to work in the nation, both towards the poor and to train up young gospel preachers that can go out and spread the good news. Because Nepal is not just some country far off anymore. It now has faces, it has a smell and it has our hearts.